Signs that she doesn't want a relationship: observations on LadaDate 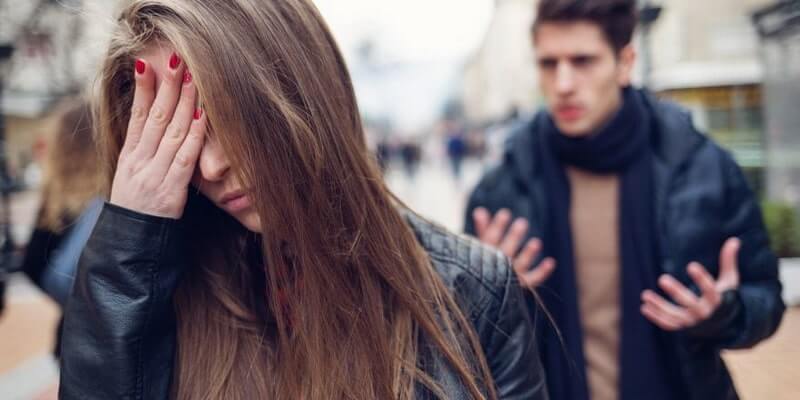 There is a common situation when a girl wants to have serious relationships while a man wants to have freedom. However, the situation is changing and girls are getting more independent and self-sufficient. In this case she doesn't want a relationship, she wants to communicate with men only and to build her career. What should you do when a woman tells you she isn't interested in romance? How to understand it if she doesn't say anything? 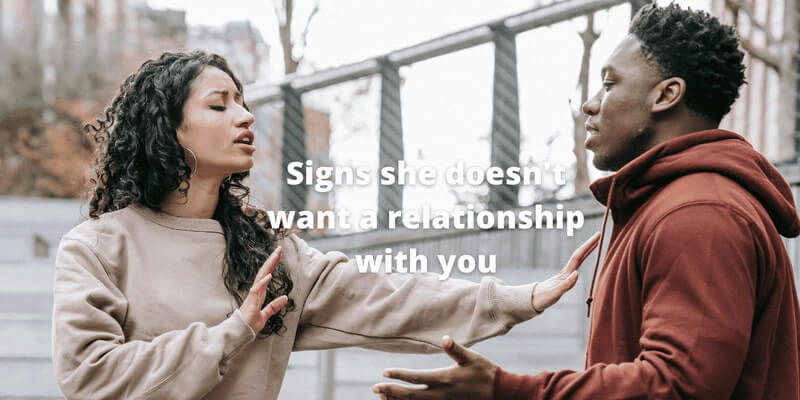 When you date girls online, some of them may be interested in something serious between you, but some women frankly tell you that they wouldn't like to have a serious relationship. What does it mean?

There are several variants:

Signs she doesn't want a relationship in 2021

When you don't want a relationship, it's really noticeable. People become restrained and cold, they start ignoring another person who is interested in them. It may be painful, but it's necessary to learn to recognize these signs that will help you not to waste you time and to start looking for true relationships. We will give you the most important signs she doesn't want a relationship with you.

She is straightforward and tell you about her feelings

Some guys think women are playful creatures. They say they don't want anything because they want to look more meaningful and valuable, to make a man win their hearts. It's not always like that. In most cases «no» means «no» and you shouldn't seek any hidden meanings in the refusal. Just switch to another girl that will appreciate your feelings. You can find a lot of beautiful and smart women on our dating website.

You are the only one initiator of conversation

When a girl is interested in you, she will call and text you from time to time. she will want to see you and to hear your voice. Does she want a relationship or not? Check your phone. If you don't find any messages from her for these weeks, it will mean she doesn't really like you. Don't be intrusive in this case. Your intrusiveness and constant calls annoy her only. Try to invite her to the serious conversation and ask her if she is interested in your relationships. If she doesn't give you the clear answer and her behavior after that doesn't change, it will be time to finish your communication.

It's not about sex only. When a person likes someone, they will try to look into their eyes and to touch their hands. In this case people love to hug each other and to care about each other. Most of loving people like long and passionate kisses. Does she want a relationship? Check if there is a physical intimacy between you and her. If she avoids your touches, she definitely wants to be alone or with another man.

She is talking about other men with you

Sometimes girls tell something about other men in your presence to cause your jealousy. It's a normal behavior. You should tell her she is the only one you need. Women often want to get proofs of your feelings. But if she confesses, she like some people of the opposite sex and tells about them with admiration, she doesn't appreciate you at all. In this case she considers you a friend only and you barely can get something more from your interaction.

She is not laughing at your jokes

When a girl says she doesn't want a relationship, her behavior is changing. A woman who is in love will laugh at your jokes even they are quite silly. She just likes to hear your voice and doesn't notice any flaws. Her laugh and her smile are the important signs of her love. If she is sad and doesn't react on your jokes, there is something wrong with your relationships.

If you notice all these signs, it definitely means it's time to finish your communication. Do it as soon as possible. After several months of your meetings when you make a lot of efforts, it will be harder to break up.

If she likes you but doesn't want a relationship, there is a really complicated situation. The most common reason of this behavior is the lack of love and true passion. For our life we fall in love with different people. Some people stay in our hearts forever and some of them will be forgotten in several months. A girl may like you but at the same time she realizes you are not the only one in her life. She believes she will meet her true soulmate. In this case it's better to let her go. You will definitely meet someone who will love you and consider you the best partner.

When a girl says she likes you but doesn't want a relationship, there is another path for your relationships. Alas, but it's not suitable for you. She thinks you are her friend. A girl feels very comfortable with you, she shares with you all her news and private things, she spends a lot of time with you. All these things are nice, but the problem is she doesn't want to have anything physical with you. You don't attract her as a man. If you don't like it, tell her frankly you are not going to keep these relationships.

When a girl says she doesn't want a relationship, she won't going to have anything with you. Often, these women fall in love with other guys including their previous lovers. In this case it's better to leave her alone and to pay your attention to free and happy girls who are interested in romantic relationships with you.

If you meet with several women and they all tell you they don't want relationships, there is a problem in your behavior. Pay attention to your personality. Maybe you are too rude or you can't support people. Some men aren't able to keep an interesting conversation because of the lack of knowledge and information about a subject. Work on yourself, read more books and watch interesting and informative movies. Take care of your appearance. Women love neat men with a good physical shape. If you are an interesting and open-minded man, you will definitely find someone special. On LadaDate you can find a lot of smart and pretty women who are interesting in serious romantic relationships. Chat with a lot of girls to find a decent lady who will like you. Don't meet with a woman without mutual feelings. Remember that happy relationships are possible when both parts are interested in each other.

Previous How to tell if a woman is in love with you: the best tips Next Emotional attraction vs physical attraction between people

How to tell if a first date went well: the best tips

The prominent signs she's flirting with you

Dating a Married Woman: Be Prepared for Much Stuff